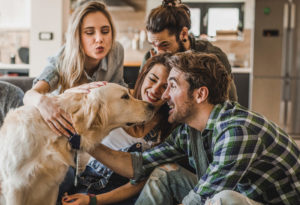 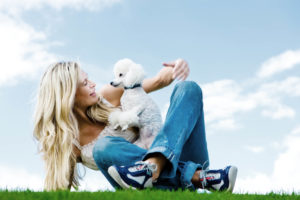 When you mention dinner, a walk, or an upcoming house-guest arrival to your dog, you might deliver the news through ‘dog speak.’ While friends and family might tease our baby-talk voice, this vocal affectation matters for relationship building with your four-legged friend. Researchers wanted to understand more about the infantile voice, why humans talk to dogs in this way, and if it is useful to them.

Yes, ‘dog speak’ improves that social bond—similar to how baby-talk bonds baby to parent. However, it also improves attention. 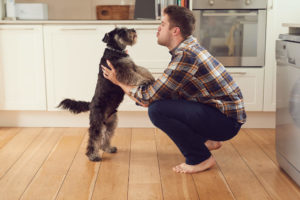 Recent research published in the Animal Cognitionjournal exploredwhether the content of the communication influenced social bonding between animals and humans. The researchers also wanted to explore if high-pitched speech benefits dogs in the same way that it does babies.Dr. Katie Slocombe and Alex Benjamin from the University of York led the study. 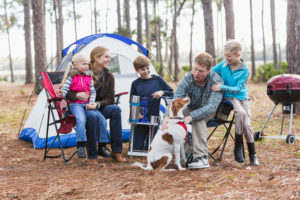 Dog-directed speech includes both dog-directed voice inflection and tone, as well as dog-relevant content words. The researched observed two different types of content. One was adult-directed speech, without any dog-related content. “I went to the movies last night,” is an example of this. The second was dog-directed speech. This includes dog-related content, such as “Who’s a good boy?” and “Want to go for a walk?” The speakers used both types of speech to test what attracted the dogs. They also tested a high-pitched tone versus a normal tone. The speakers applied the two types of speech (high-pitched and normal) to both types of content (dog-directed and adult-directed).

On average, dogs spent more time 1) looking towards a speaker producing this sort of speech register, as well as 2) spent more time physically interacting, compared to a speaker of adult-directed speech.The dogs didn’t show a preference for one speaker over the other, when they used only dog content or only baby-talk pitch. “This suggests that adult dogs need to hear dog-relevant words spoken in a high-pitched, emotional voice in order to find it relevant,” Benjamin said. 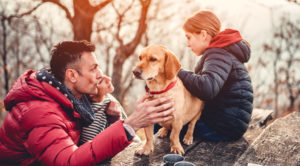 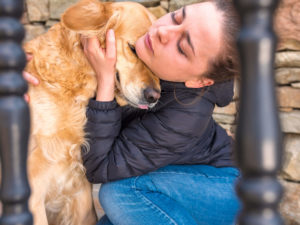 Benjamin and Slocombe are hoping this research can be useful for pet owners, veterinary professionals, and rescue workers.

Benjamin says they are not arguing that you must baby-talk to your dog for it to love you. However, he says, “you can use their study to justify that you aren’t being a crazy dog mom, since they seem to prefer it.”