Experts suggest that extremely positive, as well as the extremely negative experiences, create the most lasting memories in both dogs and cats. Although that might seem intuitive, there are many experiences that might be forgettable for us, but are long-lasting for our pets. 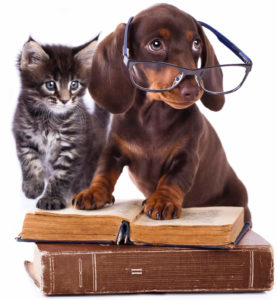 Cats live curiously, but cautiously. They groom and hunt for themselves, which are signs of their high intelligence. Dogs have large vocabularies, which signal their own high intelligence. Although dogs and cats are both smart, their types of intellect are different. Mainly, they have different processes for storing memories. These types of memories include: spatial memory, short-term memory, and long-term memory. Dr. Jeff Werber, Los Angeles-based veterinarian, says pets are capable of storing little things, “like knowing where their food or litter box is, to recognizing people and places they haven’t seen in years.”

Although a cat’s brain occupies less than1% of their body mass, when it comes to intelligence and memory, cats have about 300 million neurons in the cerebral cortex. This part is the part of the brain that handles memory and learning. From this, research has suggested that cats have a larger aptitude to process information, as well as store more of it. However, being more cognizant of a new piece of furniture doesn’t mean cats are smarter than dogs. Dogs have the most neurons of any carnivore, even though they don’t have the largest brains. Plus, dogs usually outperform cats on most animal IQ tests. From this, researchers revisited their studies on the canine brain. They once thought cats’ neuron-count doubled their canine counterparts, but they have found that dogs actually have about 530 million neurons.

Remembering where things are located is a function of spatial memory. For instance, locating the cupboard with food and treats is an easy task for cats and dogs. Our pets are able to remember situations that were positive or negative to them. They also know whether or not to repeat actions, as well as how to react to them. Pets can also store the identities of people and other pets—as well as the feelings around them. This is an animal intelligence we often overlook. 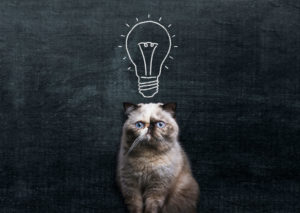 Cat-intelligence experts advocate that felines are better at learning the location of objects of the house. Especially those of interest to them like their bed, food bowls, and scratch post. The Behavioral Processes journal published two experiments, where about 50 cats were able to remember which bowls contained food, even after they were taken out of the room for 15 minutes.

Dogs’ spatial memory was put to the test by Claude Beaulieu. The study’s results showed dogs were able to spontaneously locate a disappearing object in a detour situation. The study proved that dogs could “encode location information according to the complexity of the environment.” 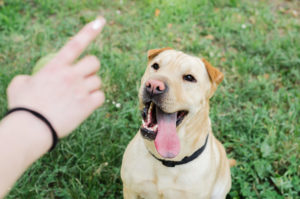 A study led by Johan Lind showed that dogs forget an event within two minutes. The study covered 25 species, from bottlenose dolphins to squirrel monkeys. It found that the average short-term memory span for animals is 27 seconds. This is the midway point before the memory is lost.

Although dogs have about two minutes, studies have found that the short-term memory of cats is around 16 hours. Cats’ memories are selective as well as episodic. Events that pass to the long-term memory must be of vital importance to the cat. Lind explains that they can remember locations of things, routines, people, and events (positive or negative). Additionally, cats can decide whether or not to store this information “according to the intensity of the feelings.”

Cat memories are formed at home just as they are in the wild: by watching their mother. This is known as the “do as I do” learning. This process of learning is linked to the feelings that the cat experienced during the experience, whether good or bad. In this way, they are able to react to stimuli. This can show as a cat running away from people or pets who have tried to hurt them. This system enables the cat to stay safe from potential dangers while identifying their owner. It also allows them to remember all the positives associated with them, like treats, belly rubs, and playtime. 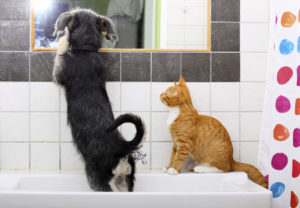 Dogs also have episodic-like memories. Current Biology published a study using 17 dogs to test their facility with the “do as I do” method. A human would lie down to show the dog the lie-down action. Then, the dogs were given the command to do it, without warning. The results show the dogs were able to imitate the action, even without being informed to repeat it beforehand. More impressively, the dogs would continue to repeat it on command. The dogs were tested after a minute and then again after an hour. Although the dogs were able to remember the actions after both short and long-term periods, each dog’s memories showed decline as more time passed. 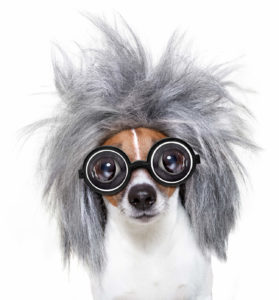 Although cats experience deterioration of components of their cognitive function from time to time, Kornreich notes, “in terms of special-learning tasks, at least based upon this study, they don’t decline in that regard.”

Monique Udell is an assistant professor of Animal and Rangeland Sciences at Oregon State University. Udell points out that new research is looking specifically at fading memories in pets. “While cats and dogs do have long-term memory, the precision and accuracy of these memories can decline over time, just as it does for humans,” she explains. “We still have a lot to learn about the types of information that animals retain for long periods of time, but recent research into age-related memory decline and dementia in dogs may shed light on some of these questions. This is true for both healthy dogs and those suffering from memory loss.”

Laurie Santos is the Director of the Comparative Cognition Laboratory and the Canine Cognition Center at Yale in New Haven, Connecticut. She says, “When we think of long-term memories in pets, we are often referring to episodic memories. Or, remembering particular episodes from long ago.” 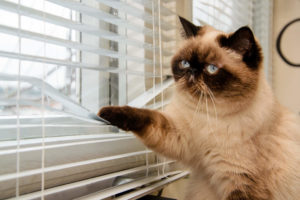 This is highlighted in dogs remembering where and what kinds of food were hidden over longer time-horizons, suggesting they’re tracking some information about how and where food was hidden. Dogs behaving differently when owners leave for long versus short periods of time, suggests that pets might remember something about how long ago their companion actually left.

“Important events, such as those related to food and survival, and events that have an emotional impact, are more likely to be stored in the long-term memory,” says Claudia Fugazza, department of ethology at Eötvös Loránd University in Budapest. Research studies, as well as our everyday life, has countlessly shown cats’ and dogs’ ability for long-term memory.

Your Dog Is Excited to See You, Whenever You Come Home 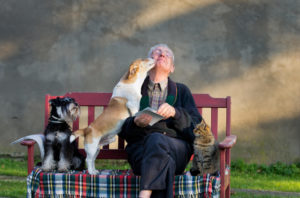 Dr. Jenner Sansolo, associate veterinarian at Ardsley Veterinary Associates in New York, point to the passionate greeting pet owners get when they come back from vacation.

“Dogs show the same excitement a human child would show after not seeing their family for the same amount of time,” she said. Sansolo points to the countless videos of dogs whose owners come home from military deployment, and how that long-term memory can be stored for an enormous amount of time. On the other side of the long-term memory, Sansolo touches upon the long-term proof from pets living in less-than-ideal, and even abusive, living situations. “I have seen many dogs who are scared of tall men, hats, certain noises, what have you. They relate to a negative memory or even that has happened in the distant past,” Sansolo explains. 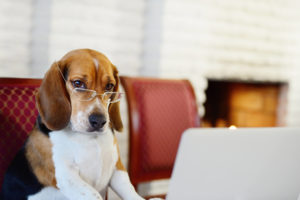 Dr. Veronica Cruz Balser, a veterinarian at the Metropolitan Veterinary Center in Chicago, offers an example for her dog, Tony. “Tony was near a campfire once when someone decided to add excessive amounts of lighter fluid. The fireball that came towards us was very frightening for him, as he was not expecting it. He no longer will get near campfires,” she says. Balser notes that it is possible to turn a negative memory into a positive one. “Our behaviors influence our pets’ behaviors,” she says.

Our Experiences Can Transfer to Our Pets

An owner’s stress at the vet transfers to the pet. If you’re anxious, then the memory of the building, the smell, and the people in that building will forever be scary. A bad nail trimming experience can have them running, at even the sight of the clippers. If there isn’t an effort to slowly work back up to how the dog felt pre-incident, there is no way to rewrite the negative experience. Dr. Cruz Balser encourages people to swing by the vet clinic periodically for “happy visits,” where pets get a treat and some love. “That way, the pet can have experiences in the vet clinic that aren’t scary, and it doesn’t become ingrained in them that the clinic is bad,” she says. 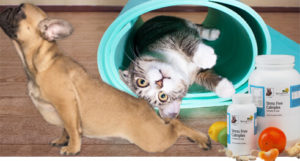 Pet owners never want to leave their cats and dogs friends stewing with unpleasant emotions. With more awareness of our pets’ cognitive capabilities, we can increase our animals’ wellness. Working patiently to rewrite a past negative experience takes time and love, but if you have the love, they have the time. For a little extra support with helping your canine cope with events they are uneasy about, like car trips and vet visits, Springtime’s Stress Free Calmplex is a safe, and natural supplement to assist in managing their stress. Best of all, it helps focus and concentration without sedation, making it safe (and encouraged) for daily use.