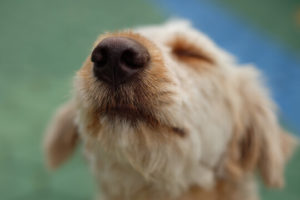 A dog has an amazing sense of smell

Just this morning, I lost yet another argument with my dog Layla. She was whining persistently about something of interest in a packed magazine rack (to my knowledge, she cannot read!). I tried to show her that nothing was in there by removing the first few magazines off the top, but Layla was having none of it. She continued to patiently stare me down, until I removed every magazine. Lo and behold, there was a half-chewed bully stick at the bottom of the magazine rack. I had to see with my eyes to detect what Layla had long since detected with her sense of smell. Dogs are truly one of the scent masters of the animal kingdom, a fact I tend to forget but Layla never does. In fact, only a few other mammals rank above them, such as the elephant. 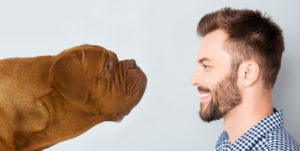 Humans have about 5,000 smell (olfactory) receptors in their brains, while dogs can have around 300 million. In addition, a dog’s olfactory bulb is about 40% larger than a human’s, and a large part of the remaining brain is used to catalog and process each individual smell which helps them to determine their world. Humans, on the other hand, have a much larger visual cortex, as humans use sight to navigate their day-to-day life. 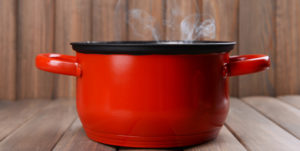 Dogs smell in individual components and layers, and label them. Humans smell something cooking on the stove, and our brains process one smell (e.g., clam chowder). Dogs, on the other hand, wouldn’t smell clam chowder; they would smell each ingredient in the chowder: the milk, clams, butter, salt, pepper, etc.

This applies to “hiding” medicine or supplements in a dog’s food, as truly there is no hiding anything from a dog’s nose! Dogs will sometimes avoid medicines and supplements because either they don’t like the smell/taste or they think it’s a non-food object swimming in their food. Strong smelling, tantalizing foods, such as peanut butter, canned salmon, beef tripe, or liverwurst are really great at encouraging dogs to eat their medication or supplements. It is not that they truly hide the unwanted smell, but dogs are simply willing to eat the medicine or supplements to get at all of the delicious smelling food they are immersed in.

Just How Good Is the Dog’s Sense of Smell?

So, just so pet parents don’t feel too bad about being out-nosed by their dog, here is a short list of things that dogs totally out-smell us on. 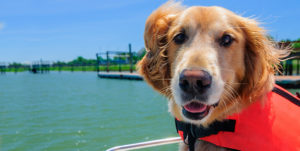 Search & rescue dogs have been able to alert their handlers to the presence of drowning victims in up to 60 feet of water, depending on the time of year and weather. Dogs usually need to be as close to the surface of the water as possible to be able to smell the scent molecules from the gases and oils that rise from a body below. 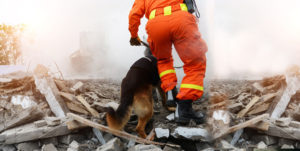 Recently, cadaver dogs found human remains in a 12 ½ foot grave, and have found bodies buried as deep as 15 feet. Police and Rescue organizations rely heavily on search dogs, because dogs are over 95% accurate in their search rates. 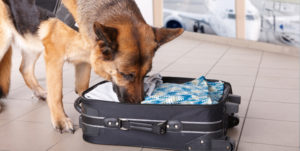 As previously mentioned, dogs smell components, and not the whole. This attribute comes in very handy when searching for explosive devices that can vary wildly in their makeup. Search dogs are trained to smell for any scent of various powders, TNT, water gel, dynamite, or metals. Whether on the battlefields of Afghanistan or Iraq, or in government buildings or airports, dogs are trained to ignore the thousands of other smells that surround them, and hone in on the few that could mean life or death. 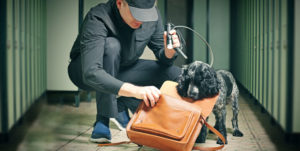 Narcotics dogs account for most search dogs here in the U.S., and they sniff for everything from heroin and cocaine to pirated DVDs (in large quantity). Drug smugglers routinely try to hide contraband in sealed plastic containers hidden in a full tank of gasoline. However, if they are the least bit sloppy, and have left drug residue on the outside of the plastic container, it’s game over for the smugglers! 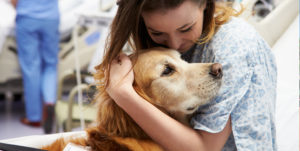 Everything has an odor (many that we humans cannot detect) and trained dogs can pick up on minute body or cell changes that could signal anything from cancer to excess cortisol. One medical alert dog was so attuned to his young charge that the dog’s presence was requested when the little girl went into surgery by her doctor. The surgeon was aware that the dog would signal them if the little girl’s vital signs became unstable long before the medical equipment could.

Products mentioned in this blog…

A dog’s sense of vision

A dog’s sense of hearing

Tags: dog, nose, sense of smell, smell
« Is It Too Hot to Walk My Dog?
Keep Your Horse Cool in the Summer »
Categories
Recent Posts
See more »
Recent Comments
Quicklinks